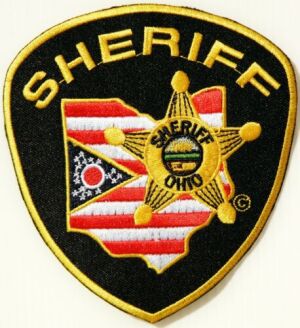 He was born January 16, 1942 in Ashtabula, the son of Albert H. & Sylvia (Hietikko) Johnston and has lived in this area most of his life, spending winters in Sebring, FL the past 29 years.

Bill was a veteran of the U. S. Marine Corp, serving in Vietnam.  He was married to Judy Kaye Foust on December 22, 1960 in Michigan.  Bill served 31 years with the Ashtabula Co. Sheriff’s Dept., serving as Sheriff the last 16 years.

Bill was a 50 year Mason, beginning with Tuscan Lodge, Lodge 342/284 F & AM in Jefferson, the FOP Lodge 114, Shriners, American Legion and various other organizations.

He was preceded in death by his parents and nine siblings.

Private services will be held for the immediate family only.  Burial will take place at the Ohio Western Reserve National Cemetery in Rittman, Ohio.  The family suggests memorial contributions to Hospice of the Western Reserve, 1166 Lake Ave., Ashtabula, OH  44004.  The Fleming & Billman Funeral Homes is handling arrangements and condolences can be expressed at fleming-billman.com.

To send flowers to the family or plant a tree in memory of William K. Johnston, please visit our floral store.