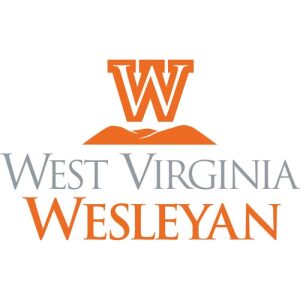 KINGSVILLE- Oleta P. Baber-Swaney, 99, who was a longtime Jefferson and Kingsville resident, passed very peacefully on Mother’s Day, May 8, 2022, at the Villa-at-the-Lake in Conneaut.

She was born in Greenbrier Co., West Virginia on March 27, 1923, the daughter of Wilton and Gola (Simmons) McMillion.

Oleta met James H. Baber before his final deployment in WWII and was blessed to marry him on October 16, 1946. Jim sadly passed away in 1971 after 25 years of marriage. She was married again eight years later, on June 16, 1979, to Joel E. Swaney, with whom she enjoyed 31 years of marriage before his passing in 2010.

Oleta was a member of Jefferson United Methodist Church, the Ashtabula County Retired Teachers Association, O.E.A., and N.E.A.  She was the 2011 Ashtabula County Senior Citizen of the Year, and spent a great deal of time volunteering and supporting the Kingsville Public Library.

Oleta had many interests: she was a licensed pilot who enjoyed flying whenever she could; she was an avid traveler who visited Alaska several times; and she also enjoyed gardening and spending quality time with her loving family.

She is preceded in death by her parents; her husbands, James Baber and Joel Swaney; her son, David Baber; and her siblings, Eileen Meredith, Harold McMillion, Hylton McMillion, Hymon McMillion and Kathleen Neal.

Funeral services will be held at Fleming-Billman Funeral Home, 49 W. Jefferson Street, Jefferson, Ohio; calling hours will be Friday from 6:00-8:00 and the funeral will be Saturday at 11:00.  Burial will follow in Greenlawn Memory Gardens.

Memorial contributions can be made to the Joel and Oleta Swaney Educational Enrichment Fund at the Kingsville Public Library, 6006 Academy Street/PO Box 57, Kingsville, Ohio 44048

Online obituary and a place to share a story or leave a condolence at www.fleming-billman.com

To send flowers to the family or plant a tree in memory of Oleta (McMillion) Baber-Swaney, please visit our floral store.