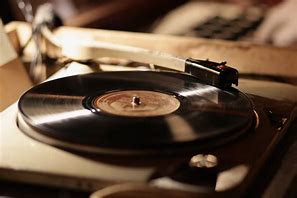 Lee Albert Bentley of Ashtabula, Ohio, passed away on Thursday, October 21, 2021, after a long and courageous battle with several major health issues, which he fought with humor, gentle grace, and dignity. His beloved wife Sharon was at his side when he passed.

Born to Lloyd Bentley and Alice (Hartnell) Bentley in Ashtabula on July 6, 1939, he was the oldest of their four children. He is preceded in death by one sister, Susan (Bentley) Richards. He is survived by Shirley (Bentley) Dodge and Judy (Bentley) Anthony.

Lee grew up in Ashtabula graduating from Ashtabula High School in 1957. Soon after graduation he joined the US Navy and saw the world while serving his country. He rose to the level of Radarman Third Class and was honorably discharged in 1961. He returned to Ashtabula to begin work at the Ashtabula Bow Socket. It was then that he met his future wife Sharon (Harvey) Bentley. They married on June 19, 1965, and had two daughters, Michelle Lee Bentley and Laurie Sharon Bentley. Later in his life he worked for the Postal Service, a job he enjoyed for many years, retiring in 2001.

Lee loved his family, the Cleveland Indians, the Cleveland Browns, and all types of music, especially the music of his youth, which he shared often and loudly with his children. Saturday mornings were spent playing his records and Sunday afternoons were spent with football each fall from the time he was a small boy. But it was baseball that was his first love. He saw the Indians and the Browns through good seasons and bad, never wavering in his loyalty. Even at the end of his life he followed the teams and watched or listened to each of their games.

In addition to sports he loved animals, being outdoors, and spending time with his family. He was a talented story teller, often sharing stories about his time in the Navy or people he knew in ways that showed his humor, his insight, and his willingness to see the good in people. His stories are repeated by his family, each having their own favorite from his repertoire. He was a gentle, humorous, kind, and sensitive man who in spite of his illnesses remained more concerned with others than himself. It will be these things that will be missed most of all.

The family would like to thank the talented staff at the Ashtabula County Medical Center, who took tremendous care of him when he most needed it.

The Fleming and Billman Funeral Home is honored to be handling the arrangements for the Bentley Family.

To send flowers to the family or plant a tree in memory of Lee Albert Bentley, please visit our floral store.