Share a memory
Obituary & Services
Tribute Wall
Read more about the life story of John and share your memory.

Mentor, OH – John Lampson, 86, a native of Jefferson and Ashtabula County, died Saturday, January 14,
2023 in his apartment in Mentor, with his wife Marilyn by his side, following a brief illness. He and his
wife had also spent many years in Punta Gorda, FL during the winter months at their home in Burnt
Store Marina, but always enjoyed the summers in Ashtabula county.
Lampson served as President and Publisher of Gazette Newspapers from 1985 to 2005, later becoming
the Publisher Emeritus which, he served until his death. Lampson became the fourth generation of the
family to work at Gazette Newspapers starting in 1963 after discharge from the army.
Lampson was born May 22, 1936 to EW “Ab” and Doris (Durey) Lampson in Jefferson Ohio. He
graduated from Jefferson High School in 1954 and went on to the University of Missouri, which he
graduated in 1958 with a bachelor’s degree in Newspapers Management. While at Missouri, he met his
wife, Marilyn (Lippy) and they were married on May 23, 1959.
Upon graduation, Lampson served as commissioned 2 nd Lt. in the US army stationed in Washington DC.
While working in the PIO office he had the honor to write the Inaugural parade TV script and attend the
inauguration for John F Kennedy.
Ashtabula County played an important role in his life and served on many boards. He served as Director
for Northeast Ohio National Bank from 1976-1989, until it was bought by Ameritrust Bank. He was
Trustee of Henderson Memorial Public Library from mid 1960s until 1973 and was the Chairman of the
building committee that completed the new library. Upon retiring from the Library Board, he co-found
the Henderson Memorial Public Library Foundation and was Chairman until he retired in 2018. He
served as a Trustee from 1978 to 2002 for the Ashtabula County Medical Center, and from 1975 to 1991
on the Goodwill Industries Board. He was Trustee of Glenbeigh Hospital and Outpatient Center from
1995 to 2002. He served as Secretary-Treasurer of the Jefferson Economic Development Corporation
and was former chairman or president of Jefferson Rotary, Jefferson Chamber and Ashtabula Advertising
Club. On the state level he served as past president of the Ohio Newspaper Association and the Ohio
Newspaper Foundation. He was Grand Marshall at the first ever Recycle Ohio Parade in Columbus.
Over the years, he received numerous Ohio and county awards including the Robert Morrison Director’s
Award from Growth Partnership and the Ohio’s First Family of Newspapers from the Governors office.
He was proceeded in death by his parents, and survived in death by his wife, Marilyn, Son Michael (and
wife Brenda) Lampson, his son Jeffrey (and his wife Susan) Lampson and his grandson Joshua Lampson.
A public memorial will be held in May with the time and place will be announced at a later date.
In Lieu of flowers, memorial contributions can be made to the Jefferson Historical Society (42 E Jefferson
St, Jefferson OH 44047), The Henderson Memorial Public Library Foundation (54 E Jefferson St. Jefferson
OH 44047), or the Lighthouse Harvest Foundation (2926 Lake Avenue Ashtabula OH 44004).

To send flowers to the family or plant a tree in memory of John E. Lampson, please visit our floral store. 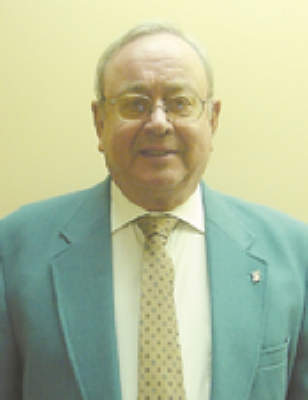 Look inside to read what others
have shared
Family and friends are coming together online to create a special keepsake. Every memory left on the online obituary will be automatically included in the book.

Look inside to read what others have shared

Family and friends are coming together online to create a special keepsake. Every memory left on the online obituary will be automatically included in the book.

You can still show your support by sending flowers directly to the family, or by planting a memorial tree in the memory of John E. Lampson
SHARE OBITUARY
© 2023 Fleming & Billman Funeral Directors, Inc.. All Rights Reserved. Funeral Home website by CFS & TA | Terms of Use | Privacy Policy | Accessibility