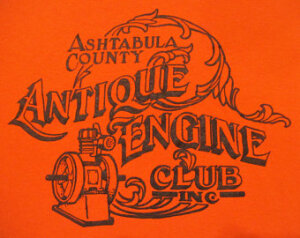 DORSET – James Kaipainen, 80, passed away July 10, 2021, peacefully in his sleep under Hospice care, with his daughter and granddaughter by his side.

He was born in Ashtabula on August 16, 1940, the son of Toivo and Elsie (Komula) Kaipainen.

“Kaip” as he was known by his co-workers had dedicated 40 years of his life to SCM/Millennium.  He retired in 2006.  He was one of the founding members of the Ashtabula Co. Antique Engine Club; a lifetime member of the Masonic Lodge (#506 & #780), a member of the East Ashtabula Club and a past member of Bethany Lutheran Church.  He loved anything that had to do with antiques: auctions, flea markets while collecting as many of them as possible.  His life revolved around three things: antiques, his daughter, and his granddaughter.

He is survived by his loving family: his daughter Cheryl “Charlie” Kaipainen; his granddaughter Casey Kaipainen; his stepson Ralph (Connie) Rice; and his son-in-law Vince Couch.

He was preceded in death by his parents; his former wife Sandy (Davis); his son Matthew in infancy; and his stepdaughter Melinda Couch.

Funeral services will be held on Thursday at 11:00 at Fleming-Billman Funeral Home, 49 W. Jefferson Street, Jefferson.  Burial will follow in Dorset Cemetery.

Calling hours will be held on Wednesday evening from 5:00-7:00p.m.  The Masonic Lodge will conduct their memorial service before the ending of calling hours at 6:45p.m.

Online obituary and a place for condolences at www.fleming-billman.com

To send flowers to the family or plant a tree in memory of James F. Kaipainen, please visit our floral store.