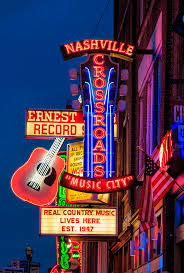 A 1977 Jefferson High School graduate, he worked with his family at Case’s Drug Store in high school before finding employment at Elkem Metals, and then later at Ashta Chemicals as a Process Operator in the Production Department, a position he held for 27 years until his death.

A life-long Ashtabula County resident, Chuck never met a stranger.  He had a wide group of friends from all over the county and could often be found grabbing dinner or a drink in the Harbor, at the Crow’s Nest, or on the Strip at Geneva-on-the-Lake.  He told the best stories, laughed hard and often, and always showed up first when the people in his life were in need.

His family was the most important part of his life.  He adopted two rescue cats he spoiled rotten, enjoyed weekly breakfasts with his mother and her siblings, and teased his sisters by giving his nieces and nephews the loudest toys with the most pieces on birthdays and holidays.  And as they grew, he became a friend as well as an uncle as he joined them and their spouses on GOTL pub crawls every summer.

His survivors include his mother and stepfather, Shirley M. and Edward B. Niles; sisters Sharon Taylor of Madison, Susan Fabrizi (Andrew) of Columbia Station, and Sandy Rovnak of North Canton; seven nieces and nephews; nine great-nieces and great-nephews; and many friends whom he considered family.  He was preceded in death by his father, Stewart M. Case, and a brother-in-law, Ed Taylor.

Calling hours will be held from 2 to 5 p.m. on Tuesday, December 14th, at the Fleming & Billman Funeral Home, 49 W. Jefferson Street, Jefferson, with a Celebration of Life Service beginning at 5 p.m., where friends and family are welcome to share stories and memories.  A Committal Service will be held at 11 a.m. on Wednesday, December 15th, at Oakdale Cemetery, 328 N. Market Street in Jefferson.

The family politely requests that masks be worn while inside the funeral home during services.

Contributions may be made to the American Heart Association or the Ashtabula County Animal Protective League (5970 Green Road in Ashtabula).

To send flowers to the family or plant a tree in memory of Charles "Chuck" S. Case, please visit our floral store.