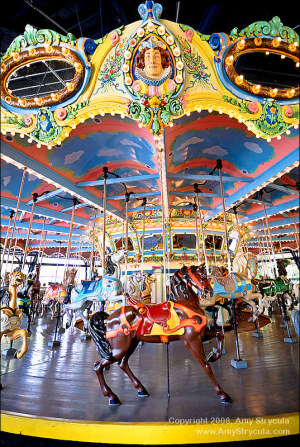 Charles John Jacques Jr., 82, passed away peacefully on May 10, 2022 at  Lantern of Saybrook in Ashtabula, Ohio.

Charles was born on April 23, 1940, in Pittsburgh, Pennsylvania, the son of Charles and Honora (Delaney) Jacques, Sr.

On September 8, 1995, he married Betty Krcal VanPelt. Together they shared twenty-six wonderful years of marriage.

Charles was the author of five books and the co-author of another, all of which were about amusement parks. He was the past president and an early member of the National Carousel Association and the 11th member of American Coaster Enthusiasts. Charles generously donated his entire amusement park collection to the Penn State Pattee and Paterno library. He was a member of Jefferson United Methodist Church and served on the board of directors for the Henderson Library. He was a President of Tarentum Rotary Club and a board President of the New Kensington Library.  Charles was a member of the Penn State Alumni Association of New Kensington PA and the Erie Penn State Alumni Association.

He enjoyed anything and everything about amusement parks. His favorite park was Kennywood in Pittsburgh and his favorite vacation spot was Wildwood NJ, where he had vacationed since he was a boy and   later celebrated wedding anniversaries there every September. Holding hands  with Betty, Charlie visited all 50 states and 5 continents and enjoyed many cruises. He was an avid photographer and a loyal fan of all the Cleveland sports teams.

Charlie was a great story teller. Betty had heard the same ones so often that they started numbering them.

He is survived by his beloved wife, Betty Jacques, his children, Lynn Jacques, and two others; his step-children  whom he loved as if they were his own, Trina (Ken) Hall and Ellen VanPelt (Tim Strong, Jr.); his grandchildren,  Isabella Hall (Hector Burr), Devan Hall, Gabe Strong, and Ben and Nora Siri; his special cousin,  GA (Sue)  Jacques; fishing buddy brother-in-law, Gene (Ruth) Becker; and several cousins,  and  nieces and nephews.

He is preceded in death by his parents, Charles and Honora Jacques and his sister, Barbara Belfiglio.

If desired contributions in his name may be made to Doctors Without Borders or Smile Train.

To send flowers to the family or plant a tree in memory of Charles John Jacques Jr., please visit our floral store.

A Memorial Tree was planted for Charles

Join in honoring their life - plant a memorial tree